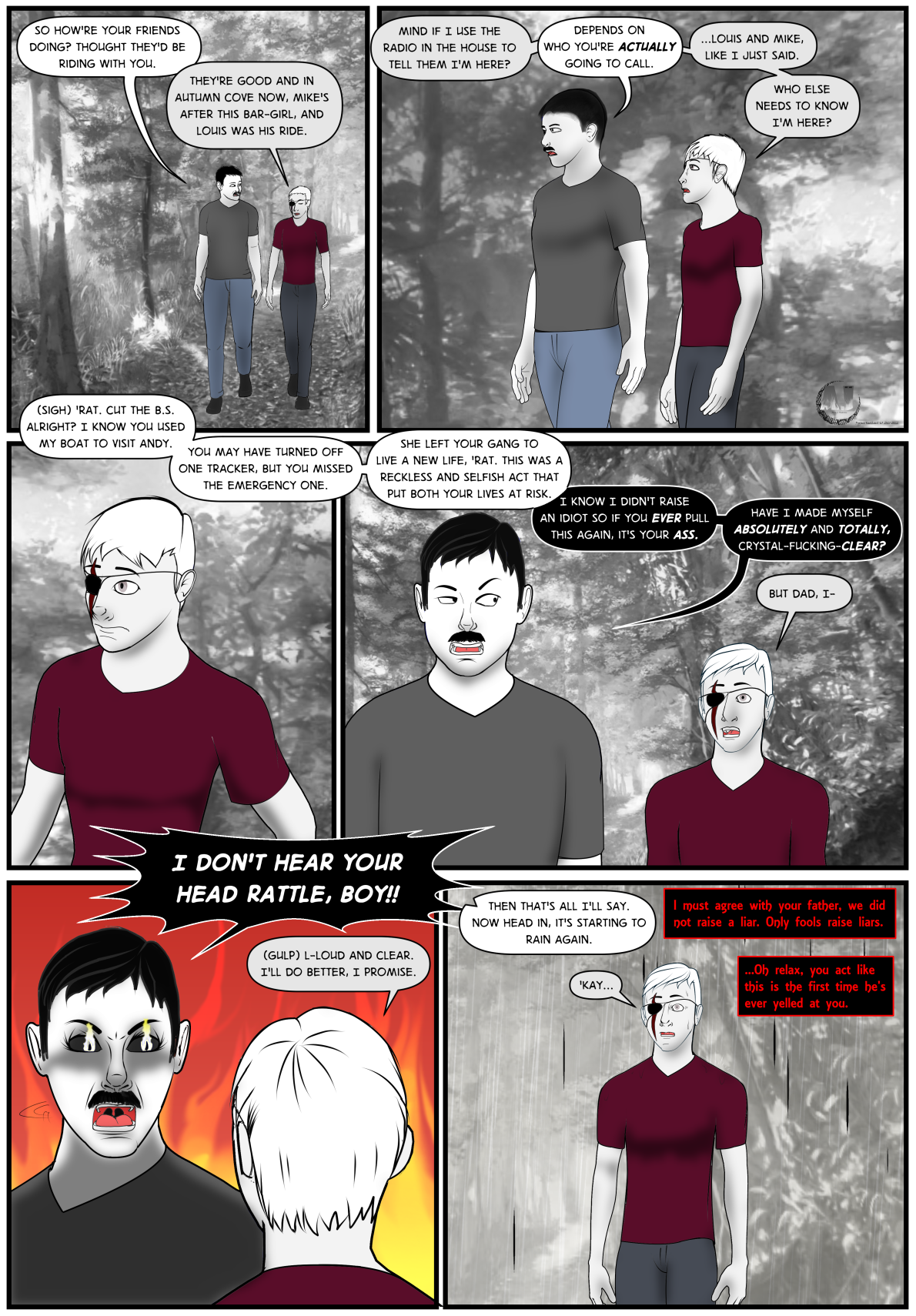 Moral of the story? Never lie.

Next comic is underway everyone, sorry kept getting sidetracked with things over the last couple of months.

Parents always find a way to get to the truth. We all know this.

So! This is now officially the final comic I have made on my old computer.

Those of you who have followed me through the years remember the many crashes, hiccups and meltdowns I’ve had even when I was making Cup-Get.

If not, here’s the breakdown:

Back in 2015 my first computer that I bought in 2012 had a monumental crash that took everything with it.
So I got a newer one, and it worked wonders.
However, one night in 2019, after work I came home to find a message saying “Windows boot system not found”…
So that was the fate of my now 4 year old computer’s boot device. It could still run but needed an operating system.

Enter my first computer’s Hard drive, and an external hard drive with the newer one in it.

So if you add up the years? I’ve been working on a now 10 year old computer at this point.

Then not one week ago on Valentines day, Brooke (my girlfriend) got me something I didn’t even expect. A brand new computer, not broken busted or anything, for Valentines day/our 3 year anniversary (if you’re reading this, honey? You’re the best, never forget that)

So now it’s time to retire the old and somewhat busted, and the new hotness will come into the Comic Making game.

Be back soon with the next comic!
-Aaron J.

TL:DNR
Worked on a ten-year old computer, beautiful girlfriend got me a new and better one.